Milo Yiannopoulos is a British journalist, author, entrepreneur, public speaker, and senior editor for Breitbart News, a far-right news and opinion website based in the United States. Mr. Yiannopoulos appeared on Real Time with Bill Maher on 17-February where he attempted to somewhat defend his positions and politics.  Video of Bill’s interview with Milo can be seen here.  This is an open letter response regarding something that Milo said in the interview that he clearly thought little of. 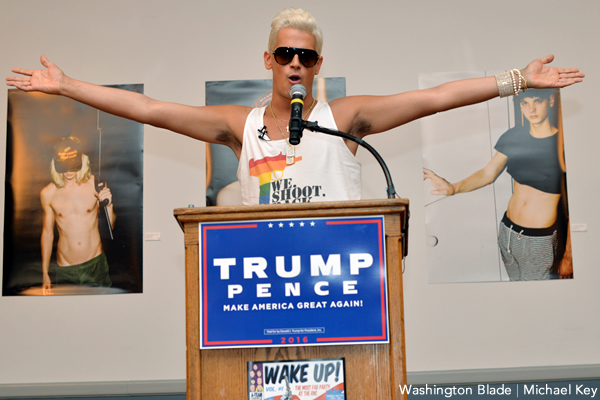 Certainly you and I fundamentally disagree on myriad points both social and political, however this thing you said on Bill Maher’s show told me everything that I need to know about you and how dangerous you are to the human race as a whole.

“Mean words on the Internet don’t hurt anyone…”

(For context, see this portion of the video: https://youtu.be/lImHh7fqrQo?t=7m54s)

I don’t know you, so I wouldn’t deign to assume how words on the internet make you feel. However, it’s a fact that people with deep emotional problems and complex mental health maladies are often deeply hurt by words on the internet; typed for no other purpose other than someone to engage in self-glorification of their stance on a subject or point.

For example, take my husband who suffers from Borderline Personality Disorder. If you don’t know what that is, I’d invite you to Google it. When he reads words that seek to silence him and downplay his validity in the world, they become a triggering event, making him unable to function for a period of time; that is until he regains enough composure to use the treatment tools taught to him by his mental health professional. Furthermore, these events become damaging not just to him, but also for me and all who love him simply because he is suffering…. often for days at a time.

You might also want to look into instances where teens, gays, lesbians, trans people, blacks, Muslims, women, poor people, etc., have been marginalized by the right wingers of our country. Bullying on the internet is just as damaging as being bullied in school. Just ask the 4,400 people who committed suicide last year because they’d been bullied by faceless people on the internet.

Again, I don’t know you.  BUT, having watched many of your interviews & speeches and read some of your articles, I feel like the things you say or do don’t matter too much to you unless it personally affects YOU.  This in my mind makes you a pretty terrible human being.  I would hope that someone with your wealth & platform would try to be a healing force in the world instead of seeking to destroy people to make yourself feel good.  This is definitive evidence of your being an emotional simpleton.

I can forgive your place on the political spectrum as I have with many friends who decided that Donald Trump and the Trumpanzees best represent who they are.  I cannot and will not forgive anyone that seeks gratuitous self-glorification at the expense of the meek and vulnerable in the world.  Frankly, it’s beneath a “man” of your intellect.

And to you Bill Maher…  you lost a hell of a lot of credibility with me for not calling him out on this as loud as you could.  You just negated all the good you do with this one moment of deafening silence.  I hope it was worth it.  I’ll be switching you off from this point, I’m afraid.