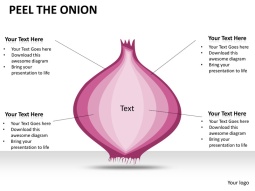 On 02-October-2017, the satirical entertainment organization, “The Onion,” created something that should frighten us. It’s a satirical work which depicts NRA executive vice president Wayne LaPierre giving a statement about the mass shooting in Las Vegas on 01-October-2017. The article purports LaPierre as having said “it’s sadly the inevitable cost of safeguarding the rights of Americans to perpetrate such horrific tragedies.” I’m not going to post it here because I choose not to give it anymore traction than it already has. It was irresponsible and highly insensitive to post this one day after the mass shooting. This isn’t really what has me heated though. I mean the article’s production in and of itself is pretty terrible and HIGHLY insensitive. What really has me incensed is how I happened across it.

A celebrity whom I follow on Twitter tweeted the article to their timeline and offered no context as to it’s origin. As with all articles from The Onion, you have to really be paying good attention sometimes to realize that it’s not real, that it’s just a send-up. The lack of context in the tweet didn’t even take this into account a little bit.

I replied to the tweet, “In a world where people don’t read for context or think critically, I sincerely hope that this doesn’t get retweeted as a real article.”

The celebrity replied a short time later – “That’s on the ignorance of others- ha.”

At first, my heart sank. All I could do was reply with a wide-eyed, shock emoji. I said nothing else in the thread.

In a rare moment of restraint, I didn’t proceed to light the person up on their feed. What I did do though, is craft the following letter. I was going to post it to the person’s Twitter Direct Messenger, but I’m sure with more than 80,000 followers, they probably don’t even read it.  I decided on an open letter.  If by some chance this person sees, this, maybe they’ll stop to reconsider their decision.

I’ve been a follower of yours for some time now and enamored with the incredible work you and co-stars have done in a show, whose primary mission is to propagate the idea of infinite diversity through science fiction. You’ve all gained much notoriety and a platform where others pay attention to what you have to say.  Regardless of whether or not you’ve asked for that platform, that’s just the way it is. Personally, I think you’re one of the ideal people to have such a platform, given the demographic of your fan-base and how they tend to feel about politics and the media in general.

My heart sank when you replied to my observation about the Onion article. I literally had the look on my face depicted by the emoji that I replied with. It struck me speechless. This doesn’t happen often.

At any other time prior to the 2000 election, I might have agreed with your sentiment that “it’s on the ignorance of others.” The truth is that since we live in a world where we’re surrounded on all sides by talking heads in a 24-hour news cycle, there’s a tremendous number of people who take their queues from like-minded people on Twitter and seek no further context. There is proof that people don’t always pay attention to the source. The Onion was pretty funny in its hayday and pretty funny as it transitioned to an internet presence in the late 90s. The fact of the matter is that their brand of satire plays too well into the existing position the people they seek to discredit through exaggeration comedy. With that in mind, I think we’ll all do well to not give the oxygen of validity to The Onion by propagating it material in the mainstream.

It would not even be remotely your fault if someone took that article seriously. Someone else is going to transmit it just like you did. In another place and time, I might have too. The fact remains however, that when we add one small still voice to the other thousands of small still voices, the volume increases exponentially until all else is drowned out. This being true, those of us with even an inkling of a platform have a duty to wield it responsibly and for the purposes of educating the public, not playing to it’s ignorant, short-sighted & often selfish views.

Fred Rogers said the following in his acceptance speech in 1999 following his induction into the TV Critics’ Television Hall of Fame:

“Fame is a four-letter word, and like tape or zoom or face or pain or life or love, what ultimately matters is what we do with it. I feel that those of us in television are chosen to be servants. It doesn’t matter what our particular job is. We are chosen to help meet the deeper needs of those who watch and listen, day and night.”

Mister Rogers was right then & is even more so now. Those of us with platform have a DUTY to point out hurtfulness and ignorance where it lies and combat it with messages of comfort, love and hope. The Onion can’t do this because they are engaged in the business of pretending to be a serious news organization, not dissimilar to Stephen Colbert’s “The Colbert Report.”

I do hope you’ll take this into account. I hope you’ll take it in the spirit which it is intended; not to chide or admonish, but to encourage you to use the platform which you have been honored to have in promotion of the greater good of the world.

Keep up the good work.

Man, every one of you reading this blog…  I gotta tell ya.  I’m sorry I haven’t been around.  I feel like I have a lot to say, but have not been able to do it until recently.  If with my posts I can help even one person, I’ll have accomplished something.  Thanks for reading and remember to keep your comments on top and tasteful.