Posted in Community, Personal by IrvinWithAnEye On September 5, 2015. No comments 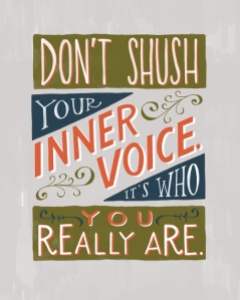 So I’ve been really reflective over the last few hours since I’ve had the house to myself. Jay is at work, and things are quiet. The quiet is a really good time to spend looking at ones self.

A lot has changed over 2 and 3/4ths years that I’ve been in Charleston. I’m married. I’m taking better care of my health. I’m in a new position at work which looks to be lots of fun. All good things.

Since meeting Jay, there are lots of things that I’ve been forced to look at with myself too. I’ve really been led to reconsider where I stand on a wide array of issues; social, economic, political, etc. In it all, I’ve been finding my voice and trying very very hard to base my emotional responses to all of it in fact and and real experiences instead of shallow, ill-informed reactions.

I still pray daily and look for guidance from God. I also look to my friends as my barometer to get me out of the tree when necessary. I like to think that I do a pretty good job of not running head-long into a brick wall, then back up and do it again to make sure that it hurts as bad as the second time. I can only thank Jay and my loving circle of friends for that.

I remain loving, considerate and compassionate in my work and in my play. I do, however, remain unapologetic in my stances and opinions, less someone presents evidence that I’m wrong, then I back up and reconsider. That said, I have found out tonight that I generally do not like when people use unkind, superior sounding, silencing tactics against me.

There was an opportunity where I could have been very much an ally for several people this evening on a Facebook post.  Yet, I wasn’t.  There was language used that rubbed salt in a point of frustration that I’ve had for a while.  I wasn’t kind.  I wasn’t caring.  I wasn’t loving.

I was trying to shut down the machine that is privilege vs. not-privilege.   It’s a lost opportunity and I’ll never get it back.  Much to my surprise and embarrassment in the moment, the persons involved snapped back and rightfully so.  I stuck my nose right into an expression of 3rd party frustration which, on the surface, looked like more of the same onslaught that we frequently see from the likes of Kim Davis or Donald Trump.  It simply wasn’t.

I can’t speak for the vast majority of people who engage the discourse in myriad ways, but as for myself, I’ll keep reflecting and making course corrections.  I’ll refocus and engage better because I screwed up.